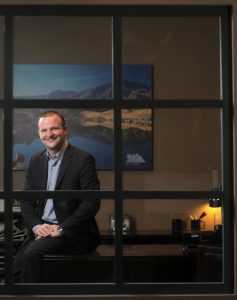 Joe currently serve as Vice President of Sales and Marketing for The Times Media Company which includes The Times, NWI.com, Amplified (a full service marketing agency) Get Healthy Magazine and IN Business Magazine. Prior to his role current role Joe worked in various digital leadership positions in at both The Times Media Company and Chicago Tribune Media Group where he help implement several go to market digital strategies.

Joe earned his B. A. in Political Science and Communication in 2005 from Southern Illinois University Carbondale, where he studied in the Public Policy Institute under former United States Senator Paul Simon. While at Southern Illinois University Joe was Adverting Manager of the Daily Egyptian the student newspaper where he still remains on the advisory board as well as a Hall of Fame member. Joe has been recognized been Editor and Publisher as a 25 under 35 winner as well as IN Business Magazine’s 20 under 40 both times recognized for creativity and strong digital acumen.