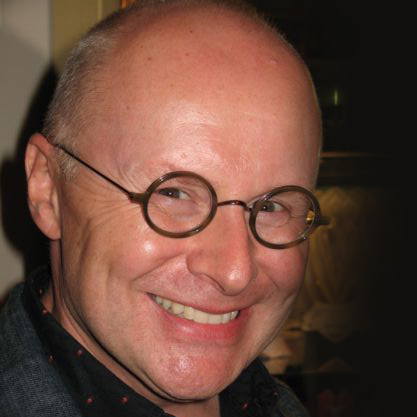 John Cain has served South Shore Arts as executive director since 1993 and as executive director of the Northwest Indiana Symphony since 2008.  Leading South Shore Arts through an evolutionary phase that culminated in the opening of two branch locations and its designation by the Indiana Arts Commission as a Regional Arts Partner, he has been instrumental in the organization’s rise as a leader in the cultural life of the Calumet Region.

John has curated exhibits in Chicago for Intuit: The Center for Intuitive and Outsider Art, the Carl Hammer Gallery and the Jean Albano Gallery.  For South Shore Arts he has curated "The Artist As Collector" (2004), "Two Bucks to Pony Up: Curiosities from the Midway" (2012) and “Baby Boom or Bust” (2014).  He created the Outstanding Midwest Artist Series and curated solo exhibits for Michael Noland, Lorraine Peltz, Margaret Wharton and Chris Cosnowski.

Effective July 1, 2008, a management agreement between South Shore Arts and the Northwest Indiana Symphony Society made South Shore Arts the exclusive management and operations agent for the Symphony, responsible for planning, budgeting, fundraising, marketing, governance, education, administration, contract negotiation and accounting, under which John became executive director of both organizations.

Locally, John serves as a consultant to the Miller Beach Arts & Creative District and Theatre at the Center.  He was the founding chairman of the Mayor’s Hammond Commission for the Arts and Humanities.  Beyond Northwest Indiana, he has served as a board member of Intuit: The Center for Intuitive and Outsider Art in Chicago and as a grant panelist for the National Endowment for the Arts.

John is the host of “Eye on the Arts” on Lakeshore Public Media.  He is an avid collector of American folk and outsider art, Chicago art from the WPA era to the present and American popular culture.  He was a recipient of the Sagamore of the Wabash Award from Governor Joseph Kernan in 2004.  The Indiana Coalition for the Arts Foundation gave him its 2009 Community Arts Leadership Award for Arts Administrator of the Year.  He received a Leaders as Heroes Award from the South Shore Leadership Center in 2014.